Our greatest glory is not in never falling,
but in getting up every time we do.
Confucius

Moving Forward Healing With Horses offers several equine assisted programs to help children and adults that are living with stress, anxiety, depression and PTSD.  These programs are also beneficial for children and adults with disabilities.  Each program is designed to take the participant though a journey of self-discovery.  We utilize two indoor arenas so weather is never an issue.

These programs are unmounted and are an effective way for us to experience personal growth and development by participating in objectively driven exercises with a horse.  Participants who have little to no knowledge of horses do very well in this program.  $40 per one hour session.  We also offer corporate team building days with lunch provided for $960.  Please contact us for other group requests.

Learn the basics of riding a horse.  $50 per hour session.  A lesson horse and all equipment will be provided.  This is a great way to learn safety and how to care for a horse.

$75 per hour.  A day ride with lunch is also available for $210. This is a wonderful way to spend a day outdoors with friends or family.

Learn how to drive horses and pull a cart or a wagon.  Horses and equipment are provided $60 per hour session.

$25 per half hour visit.  This is a great way to brighten someone’s day with a surprise visit. 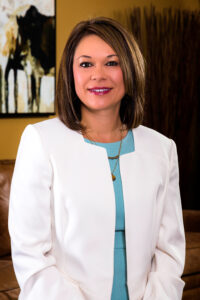 Tanya “T” Ballensky started her career in funeral service in 2000 as an embalmer in Denver, Colorado while attending mortuary school. She became Licensed in the state of Montana in 2002 after completing her internship with Bullis Mortuary in Hardin and Miles City. In 2008 Tanya purchased Cremation & Funeral Gallery where she had been employed since 2004 and in 2014 she opened Heights Family Funeral Home. In 2016 Tanya received her career designation of Certified Funeral Service Practitoner. The achievement signifies her commitment to raise and improve the professional standards of funeral service practice and pursue lifelong learning.

Tanya enjoys helping families and getting involved in community events. She is very passionate about helping others improve their quality of life. She loves being able to share her horses with the community by taking them to visit nursing homes and assisted living homes. 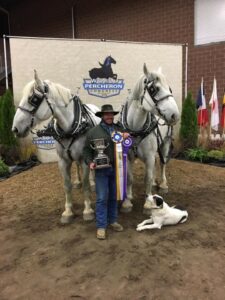 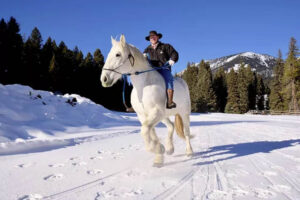 Matt is the owner and operator of Vigilante Carriages. He grew up in Skiatook, Oklahoma. Upon graduation, he spent 4 years in the US Navy as an aircraft mechanic. After his time in service, he decided to pursue his dream and spent numerous years working on various ranches throughout the country. Matt has been a teamster for 11 years. He has owned several teams over the years. He has used his teams in many ways including farming, logging, weddings, sleigh rides, and other events.

After purchasing his first team, Salt and Pepper, Matt found that he enjoyed competing in farm classes. He and his teams have since won numerous titles including World Champion Farm Team and World Champion Feed Team in 2018. He competes in a number of events across the nation.

One of the joys of working with horses is that they constantly assess but they do not judge. Their feedback is honest and instant. They constantly model assertiveness and teach us. Nature provides them with instincts that are very astute. They help instill empathy and kindness in the participants while changing the perspective on social interaction, leadership, communication, teamwork and empathy skills. 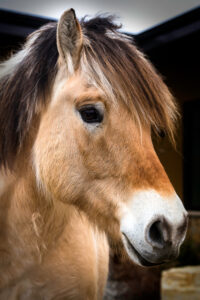